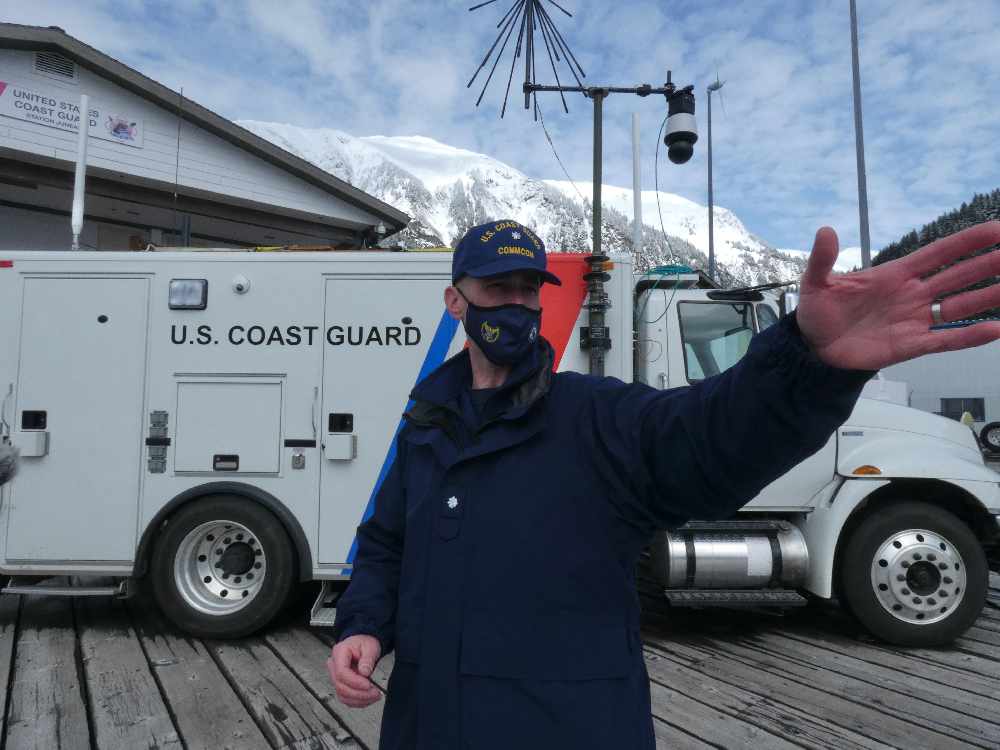 Juneau, Alaska (KINY) - It is not an Autobot or a Decepticon, but the Coast Guard mobile communications vehicle, or MCV, can transform into a community life-saving communications portal.

The MCV also can restore through satellite connections unclassified and classified data and voice and teleconferencing capability. It does not restore cellular capability but is an asset available for federal and state interagency operations.

The MCV has a five-person crew and is self-sustaining with a generator that can operate for 100 hours or roughly four days. Its primary mission is to provide a sheltered work space, voice and data connectivity, as well as command and control capabilities. The crew might include mechanical engineers, informational technology experts, electronics experts and operational specialists. All assets at the Communications Command require specialized qualifications as they are not in any other Coast Guard commands.

When communications capabilities are lost in a disaster, the Coast Guard would launch assets to have coverage, whether they be a cutter or aircraft.But the MCV can literally plug into a building if needed.

“It can plug into the computers in the room, it can provide secure video teleconferences between senior leaders by connecting directly to assets,” Taylor said.

As a day-long joint exercise in Juneau between Coast Guard 17th District and Coast Guard Sector Juneau on Wednesday, the vehicle was used to restore power to an office building in Sector Juneau, maned by Federal Building personal operating as though they had lost all terrestrial communications such as land lines for internet and telephone. The group was able to implement the command operations and senior leadership communications from inside the MCV, providing connections to the Coast Guard infrastructure as well as localized communications. The annual exercise is part of D-17’s preparedness and response training: to restore, enable and enhance Coast Guard operations to ensure their statutory missions in Alaska.

The MCV arrived in Juneau on board a Coast Guard C-130 that flew out of Air Station Kodiak to pick it up in California. The mobile command unit will depart via the Alaska Marine Highway System.

For the most part the vehicle will drive to locations or fly via Coast Guard aircraft, but for Hurricane Maria in 2017 a larger version of the vehicle, called the Enhanced Mobile Incident Command Post (eMICP), could only travel by barge to Puerto Rico.

“I am really excited that we have this opportunity to support D17,” Taylor said. “Putting it on an aircraft in Sacramento is a huge effort to be able to do.”

The Coast Guard has three MCVs. Two are located in Chesapeake, Virginia, and one in Novato, California. They can deploy within 24 hours worldwide.

Past Coast Guard usage has included California wildfires, hurricane response and earthquakes. In 2020 an MCV was deployed for 132 days associated with back-to-back hurricanes in Louisiana, restoring communications capabilities that resulted in nearly 300 lives saved.

“Absolutely these are deployed a significant portion of the year,” Taylor said.

The MCV units first originated 10 years ago but have been updated.

“One of the things that has happened over the course time in the Coast Guard is that most of the districts and areas used to have their own inherent capabilities that were not consistently maintained or deployed,” Taylor said. “So the Coast Guard many years ago went through and started standardizing and provided this centralized service out of two locations, one on the west coast and one on the east coast, and we have just built out that capability..”

Aside from Chesapeake and Novato, the Coast Guard Communications Command units are located in Kodiak, Alaska; Orlando, Florida; and Washington, D.C. Their three mission sets are long range communications, communications assistance and training, and deployable and contingency communications which was the current Juneau exercise. 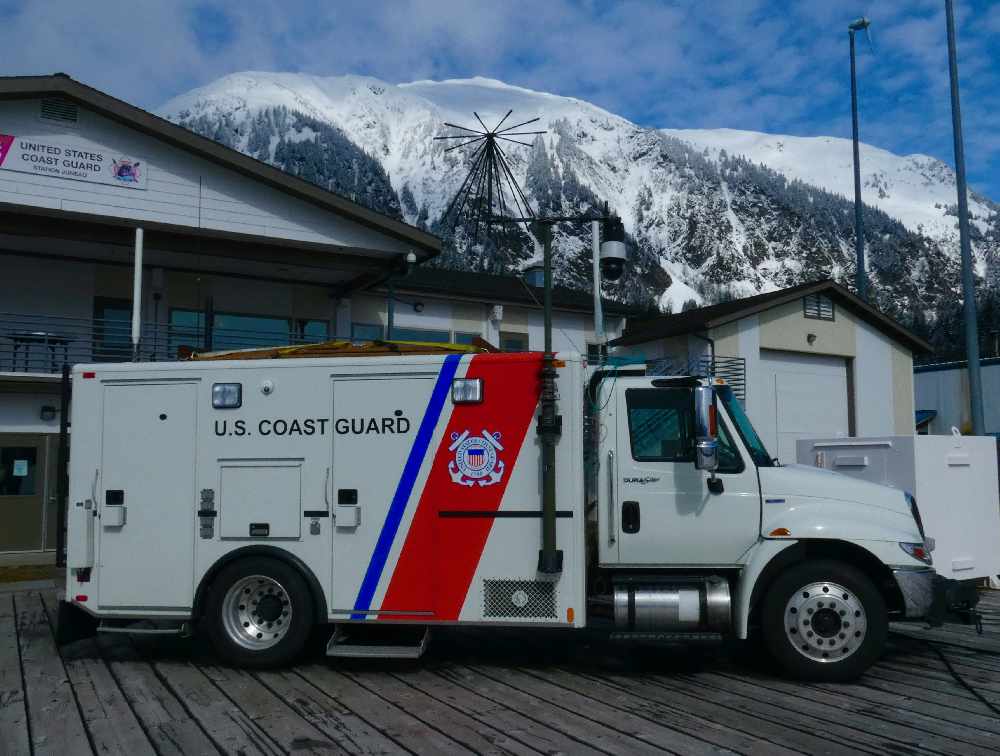 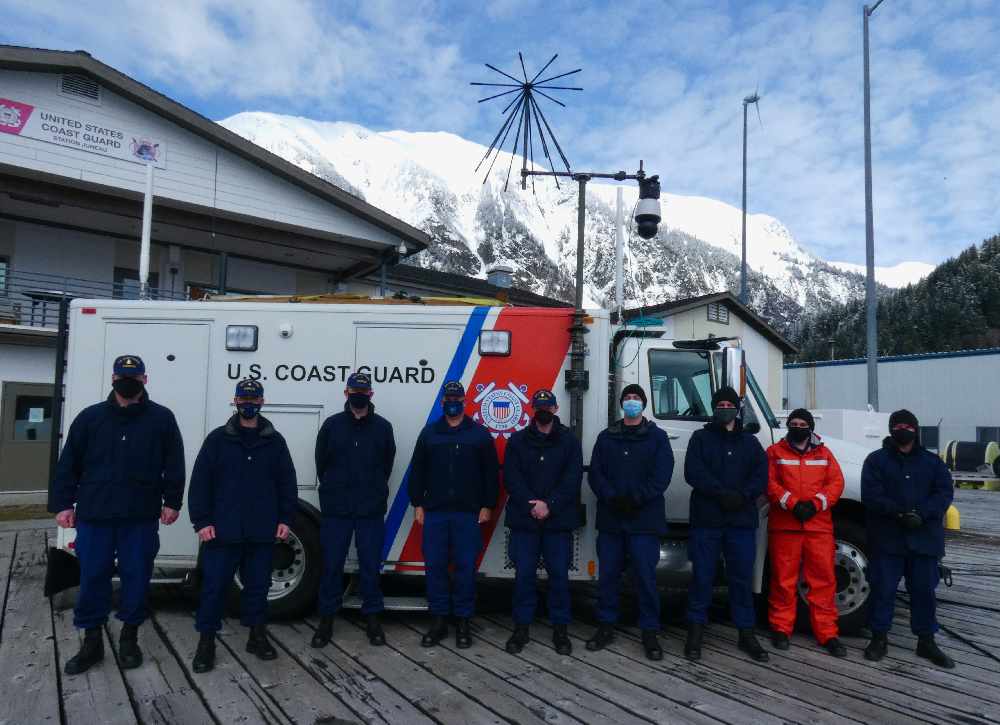 More from News of the North